The 3 Most Common Reasons Why Translations Go Wrong

In Italy, café latte means coffee with milk but the phrase is often shortened to “latte”, thanks partly to the popularity of hip coffee shops and the ubiquity of barista jargon.  This means you can pretty much go anywhere and they will understand what you mean if you want a “latte” except, however, if you are in Germany. If you ever find yourself in the country, be very careful of what you order with your breakfast. A “morning latte” in German slang is when you wake up in the morning with an erection.

Electrolux, a Scandinavian vacuum cleaner, used the following slogan in the U.S.: “Nothing sucks like an Electrolux.”

These examples may be funny and entertaining , but these actually happen at the business marketing level—often at a great price and with disastrous results.

Another notable instance was when IKEA, the world’s largest furniture retailer, turned red-faced when the name of IKEA’s pillow created for people who love sleeping on their side was translated into English as “Cuddle Rape”, a customer who used Google Translate reported.

The wildly successful “Got Milk” campaign from The Dairy Association also garnered a lot of attention in Mexico  when the slogan  was translated to the phrase, ”Tienes Leche?” which basically asks people, “Are You Lactating?”

Okay, as amusing as these examples are, faulty translating is actually a serious matter that may mean more than just losing face.  But what could have possibly caused these translation errors?

#1.Thinking that quality translation is an “extra effort”.

We all know that translation deadlines are almost always too tight but that does not authorize us to have the mentality of “I will finish the task at all costs”, or “the deadline is more important than quality”. Bear in mind that fellow native speakers of your language can read what you wrote, and that any errors in translation can cause problems especially when misunderstandings arise.

As with all the things we do, craftsmanship is necessary and, quality should never be an “extra effort”, rather it should be par for the course. I remember one famous line from Dumbledore, a character from Harry Potter series, which reads, “…your actions and decisions show people exactly who you really are, far more than your abilities.”

At the onset, make it clear to your clients and manager that they can expect you to give it your best shot and that you are going to provide them with the best quality output that you could provide. Keep in mind that repeat sales depend on first impressions, but it can also be helped by a willingness to improve and learn.  After all, why on Earth would they choose you again if you have not been putting your best foot forward since the very beginning?

#2. You asked your friend’s help. (Yes, the one bud who just took a few units of Spanish in college).

It is not that we are against delegating tasks, especially if you are handling a large volume of tasks at a given time. It’s just that, while it’s certainly useful to have a friend who learned a certain language in college, keep in mind that professional translation companies, such as we are at TeamGlocal, have a commitment to choose only native, in-country and fluent speakers of specific  language. The main reason? Obviously, many source texts do need extensive understanding of the language and most especially, the target market’s norms, culture and needs.

For instance, Pepsi lost market shares in Southeast Asia when it changed its vending machines from deep blue to light blue.  Light blue is a symbol of death and mourning in some parts of Southeast Asia.

In Toronto the company, Vanaik Furniture sold a sofa with the color described as “N****r Brown” on the label after failing to check the tags. It turns out the factory in China used a Chinese – English dictionary to translate the color’s name.

#3. You relied on your best friend, Google Translate.

Many a times, I hear linguists who have this system while translating: “I used Google Translate to initially translate the source word into my language, and then I edit them to make them grammatically correct and appropriate to my language.” I tell you—this is a grave error! No, I am not angry but I am stressing that this system poses a great danger to the quality of your translations. Remember that Google Translate “translates” the source text word-for-word or in the same sequence as how you wrote them. More often than not, this causes conflict between the correct semantics and syntax of the most appropriate translation for a specific word, phrase or sentence.

For instance, there is this Google Translated sentence, which caused quite a scandal for the Obama administration last year. The Government Accountability Institute (GAI) suggested incorrectly that a report details foreign money flowing into President Obama’s re-election campaign. The report cited a Norwegian blog as an example, which reads,

A Norwegian blogger posts a solicitation from the Obama campaign, including the link to the donate page. When another blogger opines that non-U.S. citizens cannot contribute because of American law, the blogger responds in Norwegian, “I have in practice given money to Obama, I had done it.”

The Norwegian sentence reads, “Hadde jeg i praksis kunne gitt penger til Obama hadde jeg gjort det.” which, if it was translated by a human, should appear as, “If I actually could have given money to Obama, I would have done it.”

Now I believe some of you are working for translation companies, and may be aware of other translation mistakes. Have I missed anything, let me Black Eyed Peas Imma Be (92-122 Bpm) (Remixed By Party Bangaz) free downloads know by sending an e-mail to europe@teamglocal.com. Let me hear your thoughts!

Now, to end this on a light note, please read the signs below. Cheers! 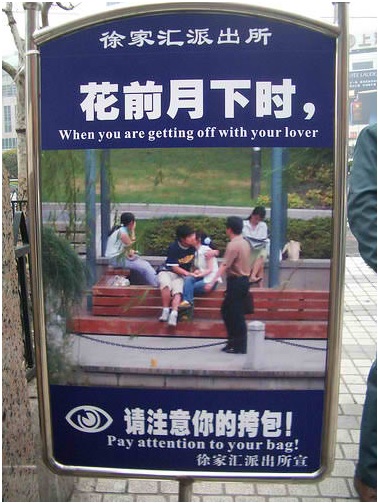 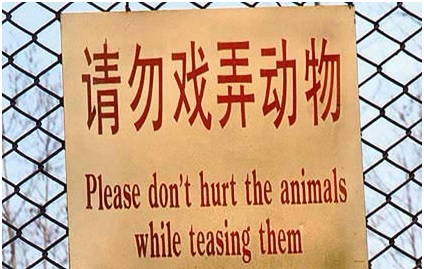 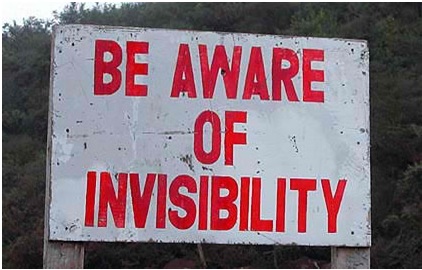